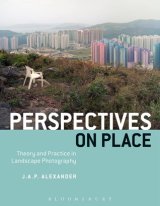 Dan Nichols, a student at Blackpool, talked about his project on the industrial landscapes of the Lake District, showing images of Mardale (Haweswater) & abandoned mine-workings around Coniston.

Artist & researcher, Agnieszka Kozlowska, presented "Carved by Light" which comprised experimental images of major Alpine peaks taken 150 years after their first ascent using light-sensitive polymer media (similar to that used in modern flexographic printing techniques). The presentation concentrated on the specially constructed cameras she uses. Her two mountain images were digital photographs of the final work which were light grey monochromes, due to the original polymer material, had shadows outlining the detail.

Carmen Norman is a fine-art photographer from Bassenthwaite. She showed an excellent series of images showing the Lake-District as it really is experienced when walking. The views were from high paths taken in a variety of typical Lakeland weather conditions, misty, dull, raining, & even some dry days. Often they were in early morning light.

Liza Dracup presented images of wildlife specimens held in Bradford Museum Galleries. These images were notable for their excellent controlled lighting, varied viewpoints & the unusual way the subjects were arranged. She apologised for "straying into the field of aesthetics", but in my view this style of presentation was one of the strengths of the images.

He started by expressing the view that there are many unwarranted, yet commonly held views about obtaining worthwhile landscape photographs;
•that one must be a technical expert, observing that one could become over obsessed by technicalities
•there must be a "decisive moment" to be captured
•one must have a "mastery of light", pointing out that the subject is just as important as the light.
•Landscape must be on a Grand Scale.
•It must be in "exotic" locations

He also felt that Landscape Photography can be over-influenced by the classical idea of the Sublime, analysing the painting "Avalanche in the Alps" by Loutherbourg.

He contrasted these traditional approaches with the work of Robert Adams "The New West" which demonstrated that buildings & objects were an important & integral part of a landscape image.

In additional support, examples were shown from the work of;

Corinne Vionnet who has taken images of popular tourist destinations from the internet & superimposed them to show an impression of the place over time.

Edward Burtynsky's series Oil which chronicles the effect of oil production on the landscape & our lives.

His own work, "Beyond the Surface", explored whether underground locations could also be considered as Landscape & how the means of lighting these places could change our perception of the place.