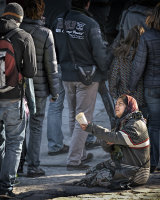 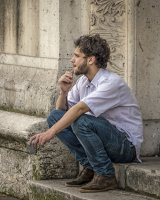 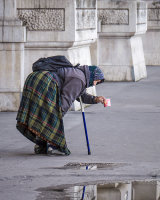 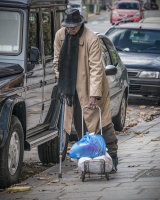 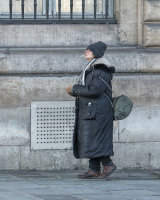 Paris is a cliché for romance, fashion, style, cafes , and so much else.

The Seine walkways are crowded with tourists and the fashionable wanting to see and be seen.

Yet for others, the colour of life and attire is more mundane.

But life must go on, in whatever routine, often just to survive. But even the beggars are not always what they seem in this shop window of a city. But I still love it.

Where can you go if in despair,
Hoping to find,
No-one else there ?

Where can you go,
To escape the throng,
Knowing the nothing,
Should go wrong ?

To the churchyard maybe
Never far away,
To talk to God
If you have something to say.

On Tuesday 22 February 2011 at 12.51 p.m. Christchurch was badly damaged by a magnitude 6.3 earthquake, which killed 185 people and injured several thousand. The news of the terrible damage spread around the world and millions of dollars of aid flowed in. The physical damage to this once proud city was on a scale not seen before, with the heart of the business district reduced to rubble. Yet no-one was prepared for what followed - years of bureaucratic stalemate between lawyers, planners, insurance companies, government and who knows who else, have hit the city with a psychological hammer blow to rival what nature threw at her.

These images were taken on November 12th and 14th - the day another large earthquake also hit the city.

They show that, far from being rebuilt, much of the central business district has yet to be even demolished - nearly six years on. Graffiti has taken over. Tourists wander around the destruction wondering how this has been allowed to happen. The only sign of optimism is the so called "Restart Mall", where famous retailers and banks sell their goods and services still out of colourful portakabins. This has a strange appeal and atmosphere, but surely the city deserves better.

Following on from the heritage of my father and grandfather, I have always been an enthusiastic amateur photographer. The digital age has breathed new life into this interest, removing the need for expensive film and smelly darkrooms. I am an Associate of the Royal Photographic Society, Chairman of Holme and District Photographic Society and secretary of the South Lakes Photo Group.